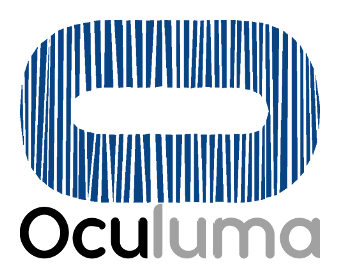 Oculuma acknowledges and pays respect to the traditional custodians of the lands on which we work.

Net Neutrality Loss Will Affect Us All

Home/News/Net Neutrality Loss Will Affect Us All
Previous Next

Net Neutrality Loss Will Affect Us All

This is something I am quite passionate about, so much so that I’m participating in the Day of Action to Save Net Neutrality on July 12.

If you’re not aware already, in the USA the new FCC Chairman and former Verizon lawyer Ajit Pai has a plan to destroy net neutrality and give big cable companies immense control over what we see and do online. If they get their way, the FCC will give companies like Comcast, Verizon, and AT&T control over what we can see and do on the Internet, with the power to slow down or block websites and charge apps and sites extra fees to reach an audience.

On July 12, 2017, websites, Internet users, and online communities will come together to sound the alarm about the FCC’s attack on net neutrality.

If we lose net neutrality, we could soon face an Internet where some of your favorite websites are forced into a slow lane online, while deep-pocketed companies who can afford expensive new “prioritization” fees have special fast lane access to Internet users – tilting the playing field in their favor.

This is not just a USA issue. This will affect us all.

If net neutrality is lost, EvilCorp will gain new controls over what we see and do online – a move that will stifle your ability to access content, grow your company, reach new audiences, and possibly earn a living.

But on July 12th, the Internet will come together to stop them. Websites, Internet users, and online communities will stand tall, and sound the alarm about the FCC’s attack on net neutrality.

Major websites like Amazon, Etsy, Mozilla, and Kickstarter are joining this mass day of action to save net neutrality. Net neutrality is essential for choice, competition, and free speech online.

While momentum continues to build for the movement, EvilCorp is fighting dirty.

They’ve been spreading lies about the protest in the press, viciously defending their misleading studies, and creating fake AstroTurf campaigns – all while FCC Chairman (and former Verizon lawyer) Ajit Pai refuses to do anything for the dozens of people who have had fake comments submitted in their name, without their consent.

EvilCorp is scared of the power and influence we hold when we stand together. That’s why they’re doing everything they can to intimidate us, and muddy the waters.

I think that’s worth fighting for.

Find out how you can get involved at https://www.battleforthenet.com/july12/

About the Author: Tim Daly