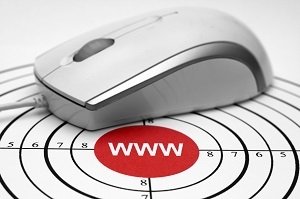 It’s pleasing to read about the impending arrival of a new Microsoft browser.

As someone who has created web sites for twenty years I have often cursed Microsoft for not sticking to the standards.

Having to write extra code to allow for the non-standard way Microsoft insisted on doing things in Internet Explorer (IE) was a total pain in the neck. Making it worse was that you often had to write different code for different versions of IE. This was just to make features of a site work when other browsers mostly handled them perfectly because they stuck to the international standards.

This meant extra work for the developer, extra testing, extra cost for the client, and an increased chance that your web site would “break”. One could argue that their arrogance led to Microsoft’s downfall in the browser race.

As the years went by, IE became bloated and slower, and it was almost as if Microsoft had given up on it. In stepped Firefox and later Chrome to take over and show what could be done.

It is encouraging, then to see the announcement of Spartan, a new Microsoft browser. I sincerely hope that Microsoft has learned from their past mistakes. I hope that it is fast, lean, and compliant.

Spartan is built on the new Edge rendering engine, which has been created around modern standards. Hopefully this will also mean the removal of years of bloated code built around the old rendering engine.

The early speed tests I have seen have been inconclusive, but they show very little improvement over the old browser. It is important to remember that it is early in Spartan’s life cycle, and hopefully by full release time these problems will be sorted out.

Even if it is still a slow dog, I’m happy to see that the days of writing special code to allow for the Microsoft browser’s idiosyncrasies may soon be over.